Does the division of responsibility with feeding work in clinical care?

For a PDF of this issue of Family Meals Focus, click here

I liked the Satter Division of Responsibility in Feeding (sDOR) from the first and applied it in my well-child appointments. But when I worked with critically-ill pediatric patients, such as those who had diabetes, cystic fibrosis, spina bifida, and other chronic diseases, I got scared, and I went back to control. I gave meal plans. I dictated calories. In the case I am telling you about, I even went to the department of social work for money to buy a lock for the kitchen door. Lockdown. It took the patient’s grandmother, with her wise and tireless parenting, to teach me that sDOR does work—even in the most extreme cases!

I used to ask, “will the division of responsibility work with this child?” Now I ask, “how long will it take?”

From growing too slowly before his surgery for craniopharyngioma, a benign brain tumor, 5 year old Darius began gaining weight at an alarmingly fast rate. His doctors said his weight gain was caused by surgical damage to his hypothalamus, the hunger-regulating part of his brain. My current feeding-dynamics-based hypothesis is that from birth Darius had been pressured to eat, pressure that continued even after the surgery let him feel better and recover his appetite. But understanding is now, and that was then, and I, too, was stuck in the medical model. I instructed Darius’s parents on a 1200 calorie diet. The family spent a good part of their limited resources on diet foods for Darius and they monitored his eating. But he continued to gain weight, and at each clinical visit I decreased the calorie level of the meal plan.

The family had lots of issues

The family struggled with many issues and life was chaotic. The kids weren’t getting to school until 11 am. There were no regular times for eating or sleeping. And Darius was hungry. With his parents allotting food according to the meal plan, he was going hungry at meals or snacks. He could not sneak food from the kitchen at night because the door was locked. But he could wander into his parents’ bedroom while they slept and raid their stash of soda and treats.

Grandmother’s love and structure made the difference

Then things changed. Darius, his brother and sister went to live with Grandma. She made sure that there was a rhythm to their day—a time to have meals, a time to have snacks, a time to play, a time to do homework, and a time to sleep. There was even time for Darius to join the park district soccer team! When Darius got up in the middle of the night to look for food, Grandma told him, “Boys your age sleep this time of night.” With Grandma’s love and structure, Darius’s weight stabilized.

Grandma didn’t call it that, but she was following sDOR. Darius could eat as much as he wanted at meal and snack times. Then she cleaned up, put the food away, shut off the kitchen light, and that was it until the next planned, sit-down snack at the table. Instead of worrying about going hungry and overeating when he got a chance, Darius came to trust that he would get enough to eat.

I can’t claim credit for it, but Darius became a healthier, happier boy, he loved playing soccer, and he didn’t worry any more about going hungry. Darius would still be considered overweight, probably obese, but his extreme weight gain has leveled off to consistent growth. In the future, his weight may decrease, or it may not. In following sDOR, I have learned to live with that, and to be realistic about what is possible. Some medical conditions, like spina bifida, can mean that the individual will just be at a higher weight.

Darius and his family taught me to ask before I tell. If find out from parents what they are dealing with. I do my best to get to the bottom of the child’s eating issues by seeing things from his eyes. Instead of insisting on my professional goal—some standard definition of health—I depended on parents to help develop health-supporting strategies and outcomes that were reasonable for them and their family.

The moral of the story

I used to ask, “will the division of responsibility work with this child?” Now I ask, “how long will it take?” 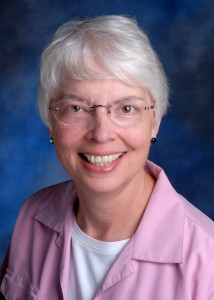 WEBINAR: The division of responsibility and child diabetes

To discover the joy and reward of following the division of responsibility in feeding and letting your child grow up to get the body that is right for him, read Ellyn Satter’s Your Child’s Weight: Helping Without Harming .