Don’t be alarmed by publications warning that early rapid weight gain creates adult disease. The evidence is flimsy and the interpretations suffer from lack of understanding about normal growth. Follow the division of responsibility in feeding your baby, and ignore these damaging news releases. Some babies are just large, and their large size is healthy. Don’t interfere with your baby’s growth, or you will create the very issues researchers warn about.

None of the definitions consider early weight gain in the context of feeding dynamics and the infant’s longitudinal growth pattern. Distortions in growth may reflect distortion in feeding, which is not evaluated in the studies. The patterns described may also represent normal growth variations, including catchup growth. Definitions include:

“Consequences” are slight to non-existence and based on problematic methodology

While rapid early weight gain doesn’t seem to be a problem, there is a huge problem with sounding the alarm about it. Parent, caregivers, and health professionals may zealously restrict young infants’ food intake in an attempt to keep them from gaining  ‘too much’ weight.

Researches assert that “too-fast” early weight gain increases the risk of adult diseases such as cardiovascular disease (CVD), high blood pressure, and metabolic syndrome. However, careful interpretation of the studies shows that:

These positive effects include higher birth weight in the second generation and longer and more successful schooling.9,10

While scholarly analysis of the research shows the consequences of early weight gain to be modest to non-existent, the consequences of sounding the alarm about early weight gain are dire and may create the very problem they are intended to avoid. Parents, caregivers, pediatricians, nurses, and others may zealously restrict young infants’ food intake in an attempt to keep them from gaining “too much” weight. Endangering the child’s nutritional status aside, restricting an infant’s food intake complicates his achieving the developmental tasks of homeostasis and attachment, distorts his eating attitudes and behavior, and undermines his regulating his food intake based on internal cues of hunger and fullness. Growing out of these distortions, some infants’ growth may accelerate, others may falter.

What is a practitioner to do? 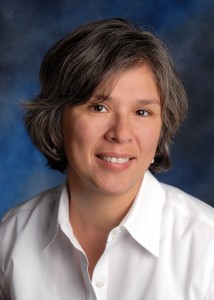 To trust your baby to eat as much as he needs and grow in the way that is right for  him, read Chapter 2, “Your child knows how to eat and grow,” in Ellyn Satter’s Child of Mine: Feeding with Love and Good Sense.

To learn how to read your baby’s sleeping and feeding cues, see Ellyn Satter’s Feeding with Love and Good Sense DVD II. For home use version, click here.